Dear Colleague,
It is a great honour to invite you to participate in the World Orthopaedic Research Congress (WORC) of the international combined orthopaedic research societies (ICORS) hosted by the British Orthopaedic Research Society (BORS) in conjunction with the European Orthopaedic Research Society (EORS) and AO Research Institute Davos.
In the tradition of ICORS this will be an international interdisciplinary meeting showcasing the latest musculoskeletal research.
We are also delighted to have linked with other major clinical and preclinical societies to ensure that there is an eclectic range of research presented. In particular, the International Society of Fracture Repair (ISFR) have aligned their biennial meeting with WORC and will have their standalone sessions immediately preceding WORC.
The programme will include plenary and keynote lectures as well as workshops and symposia along with podium and poster free paper sessions. In addition, on each day, one of the lecture theatres will run a clinical ‘bridge’ session on a topical translational theme relevant to both clinical and preclinical researchers.

The meeting will be held in Edinburgh, the capital city of Scotland and home of the Scottish Enlightenment. Edinburgh (the hill fort of Eidyn) has been settled since 8500 BC. The Old and New towns of Edinburgh have been designated UNESCO world heritage sites and display a wealth of diverse architecture from iconic castles and majestic monuments to terraced townhouses. Just outside the city, spanning the Firth of Forth is yet another UNESCO world heritage site, the FORTH railway bridge.
Edinburgh has a proud academic heritage in both the arts and science. The tallest monument in the city commemorates Sir Walter Scott an author of the 18th century and recognition of the continuing literary productivity of the city is illustrated by popular walks within the city such as the Harry Potter trail. Edinburgh has a similar illustrious history on the science side with key figures such as James Watt, Alexander Graham Bell, John Logi Baird and James Clerk Maxwell and Peter Higgs.
On the medical side, Edinburgh is home to the oldest medical incorporation in the world, the Royal College of Surgeons of Edinburgh, recognised in 1505 by James IV, but also home to Burke and Hare, the ‘resurrectionists’ or grave robbers. The Univerity of Edinburgh medical school is proud of its connections with, James Young Simpson , Joseph Black (the discoverer of carbon dioxide), Joseph Bell (the original Sherlock Holmes) and Joseph Lister (Father of antiseptic surgery) and Ian Wilmut, who cloned Dolly, as well as its graduates that have founded medical schools and universities all over the world including 5 out of the 7 Ivy League medical schools (Pennsylvania, Yale, Columbia, Harvard and Dartmouth), University of Sydney, Sydney Medical School, University of Melbourne Medical School, McGill University Faculty of Medicine, University of Vermont College of Medicine, Université de Montréal Faculty of Medicine, the Royal Postgraduate Medical School (now part of Imperial College School of Medicine), the University of Cape Town Medical School, Birkbeck, University of London, the Middlesex Hospital Medical School and the London School of Medicine for Women (both now part of UCL Medical School).

Don’t listen to clichés about Scottish weather. With less rainfall than Rome, Frankfurt or New York, your chances of enjoying a crisp, clear day in Scotland’s capital city are good, in keeping with Edinburgh’s epithet of the Athens of the North.
The meeting has been scheduled a few days after the Edinburgh International Festival, the largest arts festival in the world, with something to suit everyone’s taste. So it is worth arriving early to take in the end of the festival, but if you plan to do this ensure that you book ahead.
As well as the great programme of WORC, Edinburgh has something to offer every one of its visitors from history to culture, from sports, such as golf to shopping, and from food to visitor attractions.

We look forward to welcoming you in September 2022.
Prof. Hamish  Simpson 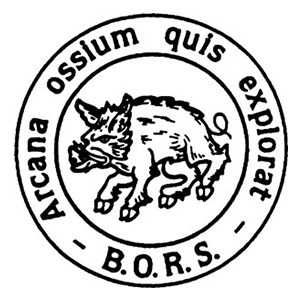